This page is for those who are looking for a video editor from Movavi replacement. If Movavi Video Editor does not suit you or does not work correctly, we suggest you try the alternative - Bolide Movie Creator video editor. Our program is also easy to use and quite functional, download now!

In general, Movavi Video Editor is a pretty good program, and it completely covers most video editing tasks. There is simply no perfect software, and Movavi may crash on any particular computer, but not Bolide. And vice versa. We give a decent discount for switching from a competitor and ask the users who have turned to us why they were looking for a replacement for the Movavi Video Editor. Here are some of the reasons they sent us: 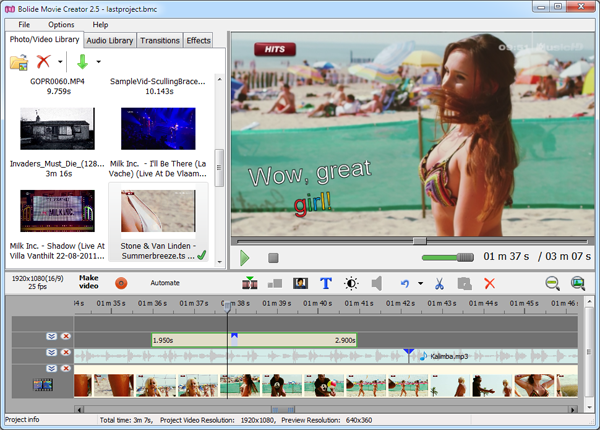 Movavi is good but try Bolide too!

Strange, the Movavi guys have been working on a video editor for many years, and most of the complaints are still about slowness and instability. It is probably due to the cross-platform architecture because Movavi has a video editor for the Mac as well. We consider them to be very cool specialists, and we think that Movavi Video Editor is perhaps the most popular video editor. Anyway, you better try Bolide Movie Creator too :)
DOWNLOAD "BOLIDE MOVIE CREATOR"
(for Windows 11/10/8/7)